Find Us Here Too 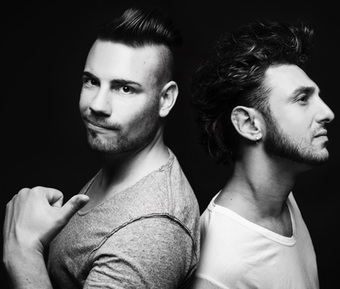 Mark Ullrich and Turgay Avcioglu were working independently behind the scenes of the music industry prior to coming together and launching their own project, Mark Deutsche & Musoé. Their experience gave them a wealth of knowledge and allowed them to hit the ground running, sharing a release on a GetPhysical Records compilation with such artists as MANDY, Audiofly, and Tigerskin, among others.

This release was a commercial success and earned them some attention, but it was their next release that would propel them into the spotlight. Noir Music dropped their single ‘Push’ and it shot up the charts, ultimately peaking at #8 on Beatport’s Techno Top 100 and staying on the chart for months to come. The song was met with a lot of positive feedback and received support from some of the scenes biggest names (Richie Hawtin, Riva Starr, Robert Dietz and Mihalas Safras to name a few) and it was this recognition that told them the time was right to launch their own label, FromWithin Music.

Debuting in July 2014 with a great relaunch the of legendary Maertini Bros’ “Flash 2014”, the release will include big remixes by Italoboyz, Marc Miroir and Mark Deutsche & Musoé. With releases from themselves and others scheduled to drop throughout 2014, this is shaping up to be a great year for the German label!

As well as pushing their work through their own imprint, the duo has tracks signed to Oliver Huntemann’s new label Senso Sounds, Noir Music, Paso Music, and Circle Music, meaning you will surely be hearing the names Mark Deutsche & Musoé a lot more as the year progresses.